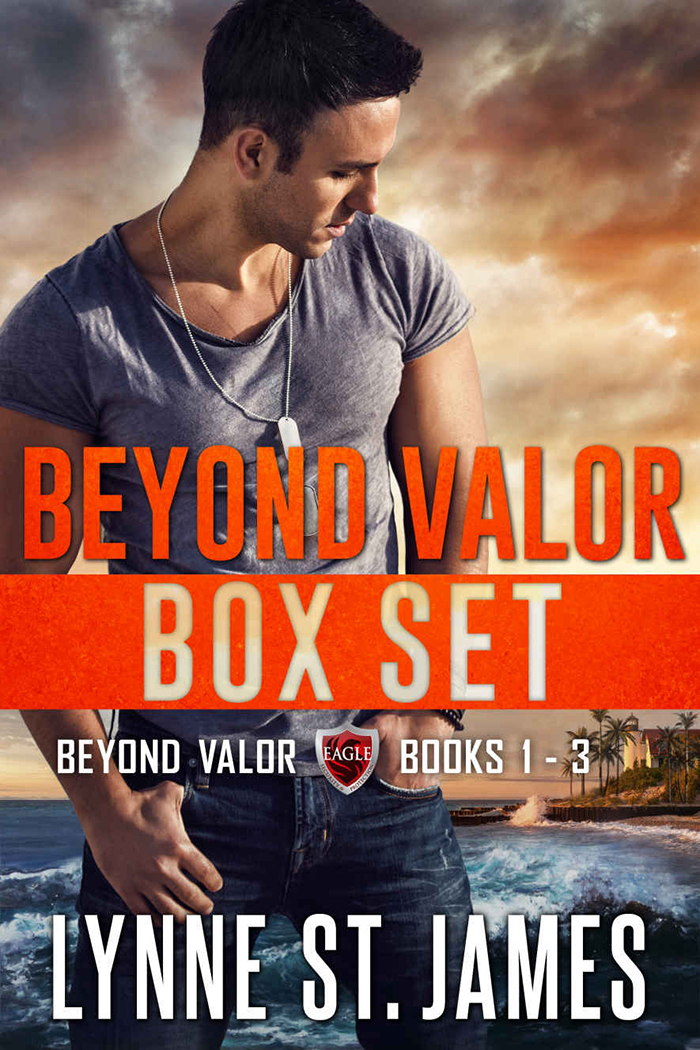 Get the first three books in Lynne St. James' bestselling Beyond Valor series!

A SOLDIER's GIFT
Will this wounded hero finally find love?

Beth’s life changed forever with one phone call. An accident leaves her ex-husband and daughter fighting for their lives. Putting her life on hold, she spends most of her time in the hospital with her daughter, praying she’ll pull through while her ex’s condition goes downhill, forcing her to make one of the hardest decisions of her life.
Meeting Beth while volunteering at the hospital after his discharge, Mac is instantly attracted to her. As he struggles to come to grips with what life has dealt him, he finds his thoughts continuously turning to a woman he barely knows.

A SOLDIER'S FOREVER
Chloe loves Logan with all her heart but when she learns she’s pregnant with their third child and about to spend their tenth anniversary alone it’s not exactly the celebration she’d hoped to have. But as a military spouse with her husband on a deployment she’d make the best of it.

Between dust storms and unseen enemies, Logan has been reconsidering his life choices. When he’s offered an opportunity to go stateside for an assignment, he jumps at the chance. With the help of his best friend, Alex, he plans a romantic weekend on Sanibel Island.

When Logan surprises Chloe with a romantic trip it’s like a dream come true. But instead of being able to enjoy their time together, she’s worried about his reaction when he finds out she’s pregnant. Being the primary parent while he’s in constant danger thousands of miles away is getting old. But will he be willing to give up his military career for his family?

A SOLDIER'S TRIUMPH
Alex Barrett loves his country and he doesn't regret the sacrifices he's made. He's thrilled he's finally back home with the woman he loves more than life. But he's not the man she married. Lily is in for the fight of her life as she struggles to convince Alex that his injuries don't define him, and she loves him no matter what.

As they work to forge an even stronger relationship, Alex discovers a threat to Lily's life. All of his protective instincts come roaring back to life. Come hell or high water, he'll find a way to keep her safe.

With the help of his service dog, Hunter, Alex puts all his energy into discovering who is behind the plot to hurt his wife. Can he figure it out before it's too late? Will their love triumph and give Lily and Alex the happily ever after they deserve?