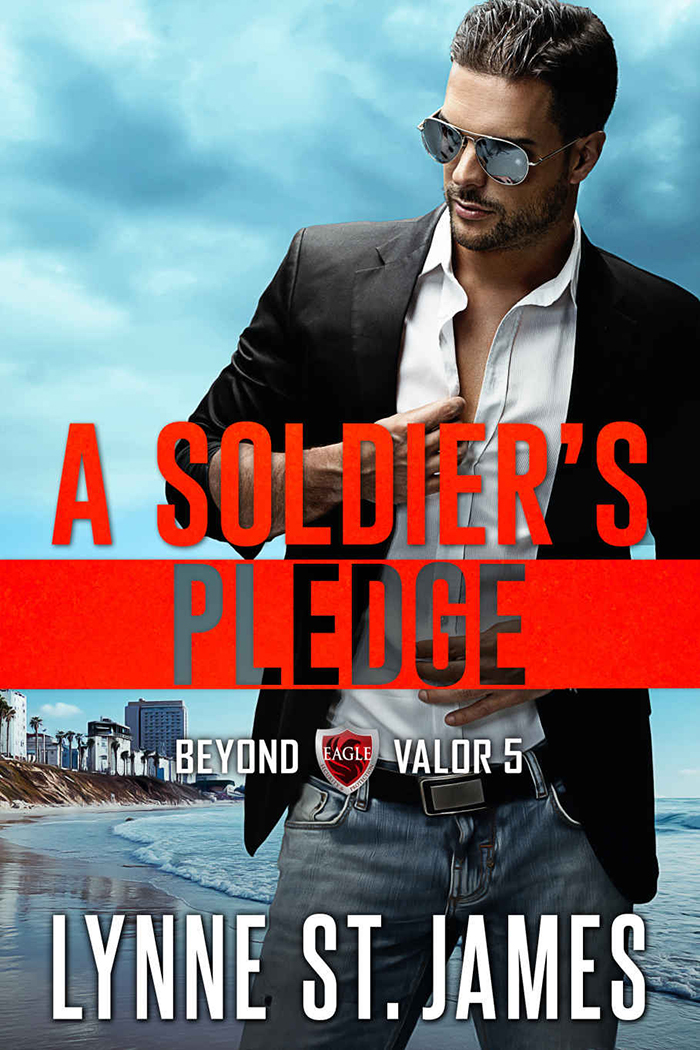 He’d do anything to keep her safe.
Ethan Price thought a job as a small-town police detective in Willow Haven would be easy after five years as a pilot in the Air Force. Then a rash of break-ins put the entire department on alert and the woman he loves at risk.

Too stubborn for her own good.
Anna Taggart is smart, stubborn, independent, and doesn’t think she needs anyone. Having her heart broken before, she refuses to give in to her feelings for Ethan no matter how hard he pursues her.

Can he get through to her before it’s too late?
When the clues lead to someone close to Anna, Ethan has his work cut out for him. With help from his partner, Steele, and the team at Eagle Security & Protection he is determined to solve the case and keep Anna safe. But will Ethan be able to convince Anna that life is too short not to give in to love?

A Soldier's Pledge is book 5 in the Beyond Valor series. Each book is stand alone with no cliffhanger endings.

Please Note: This book was previously published as House Arrest in the Cuffed & Claimed Anthology. It has been re-edited and expanded before being released as A Soldier’s Pledge.